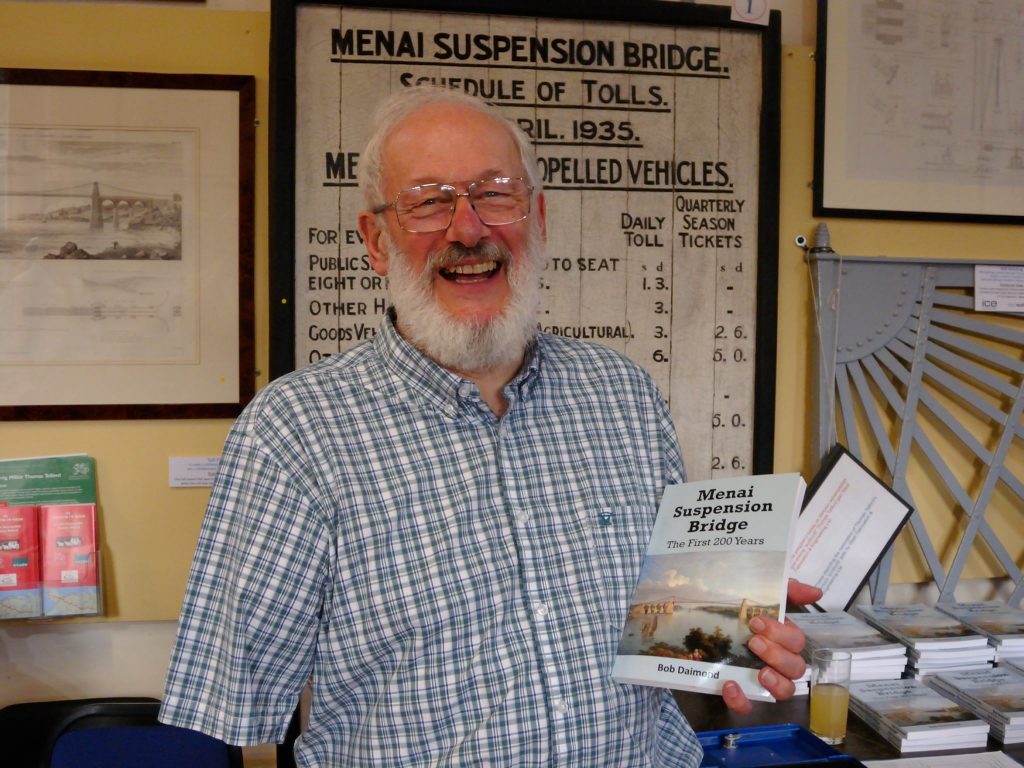 It is with heavy hearts that we announce the death of our former chairman, treasurer and trustee, Bob Daimond. Bob has been involved with Menai Heritage since 2005 and was instrumental in the purchasing and refurbishment of our current home, the Thomas Telford Centre, developing the collections and exhibitions, and the general day-to-day running of the Trust. He was also hugely knowledgeable about the two bridges and their designers, Thomas Telford and Robert Stephenson, and enjoyed passing that knowledge on through guided walks around the bridges and school workshops about bridges and engineering in general.

A civil engineer by trade and former Director of Highways for Gwynedd Council, he was involved in promoting engineering through the Institution of Civil Engineers and the Chartered Institution of Highways and Transportation. Born and raised in England, he became fluent in Welsh on moving to Wales and was inducted into the Gorsedd of the Bards in 2017. He frequently was interviewed on radio and television about the bridges and engineering in both English and Welsh.

Bob’s crowning achievement for the Trust and civil engineering in general is his book Menai Suspension Bridge – The First 200 Years. Telling the full story of the building and later reconstruction of the bridge, this heavily illustrated 200 page book was published in 2019 and has proved very popular.

Bob’s death follows that of another long-time trustee, Shaun McLoughlin, who died last July. Shaun was a trustee from the very early days of the Menai Bridge Community Heritage Trust in the mid 1990s and played an invaluable role in developing the organization, future planning and fund-raising. They both will be greatly missed.